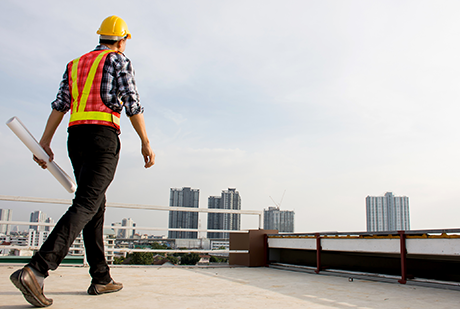 A new global forecast produced by Oxford Economics and Marsh McLennan companies Marsh and Guy Carpenter says construction will drive global economic growth from 2020 to 2030, with output expected to be 35% higher than during 2010-20, according to www.globalconstructionreview.com.

Four countries—China, India, the U.S. and Indonesia—will account for about 58% of projected global expansion. However, the forecast contains some surprises, such as growth in United Kingdom infrastructure averaging 3.7% a year to rival China.

Graham Robinson, global infrastructure lead at Oxford Economics and the report’s lead author, said it was unusual to see construction outstripping growth in services and manufacturing during a sustained period.

“But it’s not surprising that construction is expected to power the global economy over this next decade, considering the unprecedented nature of stimulus spending on infrastructure by governments and the unleashing of excess household savings in the wake of Covid,” Robinson said.

Extra output during the decade will amount to $4.5 trillion, giving construction an output worth $15.2 trillion by 2030 and 13.5% of global gross domestic product. Growth is expected to start this year, with a 6.6% output expansion globally in 2021 driven by government stimulus plans such as the $1.2 trillion bipartisan infrastructure bill in the U.S.

The report noted climate change and the race to net zero are the greatest challenges for the construction industry and are expected to drive new deconstruction opportunities.